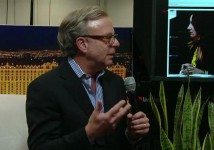 "We are seeing a tremendous search value from video now. You can use video content almost as you use a banner ad or paid search — as a drive-to mechanism to your site," said Davis, leader of the interactive video practice at OgilvyInteractive. Davis explained that Ogilvy applies the same metadata and search engine optimization techniques to video as it would to text content. The result is often an increase in traffic.

"The search engines are out there and waiting. It's only in the last six months that search and video are starting to gel. The traffic we can drive off of search is sometimes enough for a campaign that they don't have to have a paid content," he said.

Campaigns that have surfaced well in video search are often those of business-to-business clients, he explained. That happens when their videos address business problems and provide answers in the content itself. That approach, in turn, makes the videos more findable because Web users will often search for the answer rather than the brand. They'll then find the video in the results and click through to watch and learn. "Answer the question of the consumer through your video content," Davis advised. The growing trend to search doesn't negate paid placements, but it's become a much larger factor in campaigns since the summer, he added.

Note from Andy:  Although ad agencies have been working to get a branded content to go viral for sometime, the Rob told me that his agency first began applying rigorous video search methodology around branded content last year and that efforts have accelerated this past summer.  This is an important trend to watch.

By Daisy Whitney on October 26, 2009 @daisywhitney