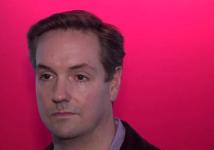 Microsoft's Xbox LIVE, the fast growing gaming console, which has become a primary video consumption platform for some 40 million users around the globe, allows advertisers to reach highly specific audiences according to interests, gender, location and other factors.

Here in in the United States, Microsoft is working with advertisers on several micro-targeted campaigns.

In this interview with Beet.TV, Ross Honey, GM of Xbox LIVE Entertainment and Advertising, says that there is  a big opportunity for geo-targeting in the upcoming presidential campaign, notably in swing states.   He says that Microsoft is currently "in discussions"  with the national campaigns to implement these solutions.

Also in the interview, Honey explained the new relationship with longtime content partner ESPN and the new arrangement by which the sports network can sell its own advertising on the Xbox LIVE platform.

We interviewed Honey at the Microsoft Digital New Fronts in Manhattan earlier today.