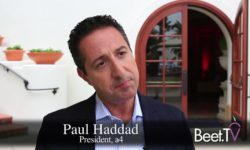 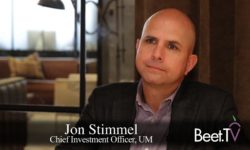 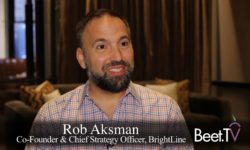 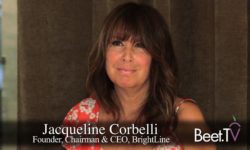 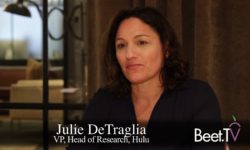 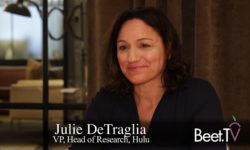 When Jacqueline Corbelli founded BrightLine in 2003, television was a predictable if restricted experience for viewers, advertisers and content owners. Now, however, “Pandora’s out of the box,” Corbelli says as she observes the titanic machinations of media companies to keep up with contemporary viewing habits.

Corbelli puts reasons for all those machinations into three buckets: vertical integration on the technology side, reach across screens and distribution points and “the ability to offer great content in this three-screen, streaming world,” the Chairman and CEO of BrightLine says in this interview with Beet.TV.

Corbelli’s perspective helps to make sense of the seemingly frantic consolidation happening in the TV space. “You see AT&T trying to combine its distribution assets and the content that Time Warner owns. You see the AppNexus acquisition as being part of how digital becomes truly integrated with not just desktop and mobile but also telecom and television.”

She sees something similar happening with “the fight for Fox, as I call it. Very specifically, there’s a content play there, a content rollup, there’s a distribution play. It’s why Sky is as important as it is to Comcast.”

Meanwhile, she considers Hulu as the strongest ad-supported asset “that any media company could own in a space that is exploding. They’ve got 60% of all streams right now in the ad-supported environment. Not surprisingly, it feels a little bit like a free-for-all for who owns Hulu.”

Finally there’s Netflix, which in some quarters is considered to be an eventual convert to ad-supported content. “I think folks like Netflix are in for some challenges with all this consolidation going on,” says Corbelli, noting that Amazon is talking about offering ads on pre-roll. “I think that’s how the models start to shake out. You’re going to see a combination of subscription revenue and ad revenue and you start to see a lot of common models out there.”

This segment is from a Beet.TV series “It’s an OTT World” presented by BrightLine. Please visit this page for additional videos.

By Steve Ellwanger on August 17, 2018 @steveellwanger