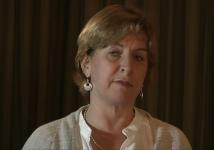 VIEQUES, PR — Getting just one dollar of public funding makes a news organization “fair game” for attacks and NPR should be weaned off public funding eventually says Vivian Schiller the former CEO of NPR whose tenure was ended over a political controversy.

Another flash point for NPR is the money raised by member stations during pledge drives which empowers many contributors which she likens to members of a “co-op” she tells interviewer Jason Pontin, editor in chief of MIT’s Technology Review, on stage at the Beet.TV Executive Retreat last weekend.

Among its newest digital efforts, NPR Is creating regional digital hubs, as Andrew Phelps reports on the Nieman Journalism Lab.