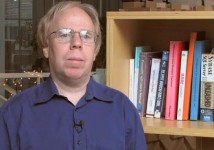 MOUNTAIN VIEW — Today Google released a video about its Google Voice and its many features.  One of which is the means by which voicemail messages are transcribed to text.

This software powers the new speech to text transcription service on YouTube.

The software for making this work has been developed by the Google Voice Recognition team.  Recently, Daisy interviewed Mike Cohen, who leads the group.