NAB’s PILOT Guides Broadcasters To Next Generation Of TV Standards 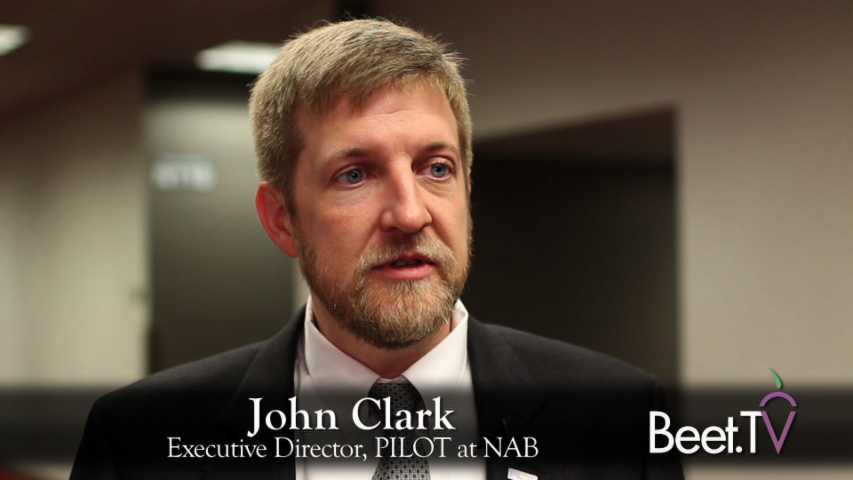 LAS VEGAS – As matchmakers go, few are busier than the PILOT group within the National Association of Broadcasters (NAB), as the trade organization continues to help develop standards that enable local television broadcasters to keep pace with technology and viewing habits.

To PILOT Executive Director John Clark, the concept of what a local broadcaster is far ahead of what a lot of people perceive it to be: just an over-the-air signal. “I like to tell people you can think of a broadcaster being a signal, but you have millions of signals, whether they be on a mobile device, social media, web or whatever,” Clark says.

Among the initiatives keeping PILOT busy is ATSC 3.0, the next generation broadcast standard from the Advanced Television Systems Committee. When the industry switched from analog to digital, the standard was ATSC 1.0. Now the movement is gaining ground with a petition to the Federal Communications Commission that would allow the industry to roll out ATSC 3.0 voluntarily.

Beet.TV interviewed Clark as part of our series on the need for standards around premium video advertising. The series was produced around the NAB Digital Summit in Las Vegas. This series on Beet.TV is sponsored by the NAB.