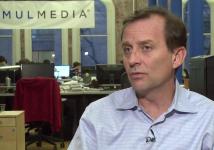 The service is aimed at upstart video publishers and app developers, since both are content driven, says  Senior Vice President of Marketing, Ed Haslam in this interview with Beet.TV

It will provide users with a host of performance metrics, including clicks, impressions, viewthrough rates, response rates, estimated revenue and pacing, YuMe states.

We spoke with Haslam earlier this week at the VideoNuze Summit.