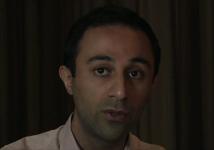 Digital video traffic is steadily shifting from PC-only to include mobile and other devices, says Sorosh Tavakoli, CEO of ad management platform Videoplaza, in this session from the Beet.TV Executive Retreat in Vieques, Puerto Rico.

Tavakoli said that 100% of VideoPlaza’s traffic in 2010 was delivered on PCs. In the fourth quarter of 2011, about 8% of traffic occurred on non-PC devices, he tells Paul Kontonis, VP/Group Director at Digitas, who interviews him in this video session. Tavakoli predicts non-PC video traffic growth will outpace PC traffic growth this year, reflecting the shift in consumer consumption of video across all devices.

By Daisy Whitney on April 3, 2012 @daisywhitney