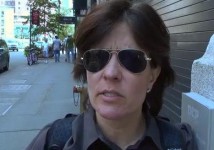 Kara Swisher, co-executive editor of All Things Digital, says that while there is "froth" around IPO activity, including the anticipated IPO filing of social game maker Zynga, the fundamentals around these companies are more substantial than during the tech boom of the late nineties.

Of the buzz around the Zynga offering, she says much of the chatter has come from the company's bankers who "are leaking more than the Titanic."

Kara first reported on plans for the Zynga IPO in May.

I interviewed her this afternoon in Manhattan.  This is the first in a three-part series with the award-winning journalist.