Mobile Video is Getting Higher Ad Rates than Online 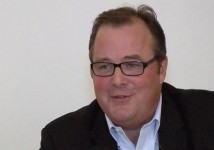 Transpera, the largest mobile video delivery and ad network in North America, has lined up many of the industry's leading publishers including msnbc.com, CBS.com, Showtime, Disney, and MTV.

He says that inventory is nearly sold out for Q4 and publishers are enjoying substantially higher advertising rates to comparable online ads.

Earlier this month, the San Francisco-based company announced it is powering the ad network for the  CBS News iPhone application.

I spoke with him before the Beet.TV Online Video Roundtable in New York.

Frank Barbieri: We are the largest mobile video delivery and ad network in North America. We power premium brands like msnbc, CBS news, The Weather Channel, AccuWeather, MTV, Disney, and many many others with a platform to deliver mobile video and monetize it through advertising.

Andy Plesser:  Outstanding. So tell us about the opportunity for advertising on mobile now with all the devices and the different formats and so forth. Where do things stand right now?

Frank Barbieri:  Well, really, why we established this business was because there are all these devices and different formats and different networks. What our platform does is makes that easy for publishers and advertisers to address as if they were delivering to one platform that's mobile and that's video. And we remove all the complexity for the publishers and the advertisers so they can give us standard pre-rolls, overlays, post-rolls, standard tracking mechanisms, and we can integrate and deliver them a great campaign across all these premium media brands and deliver great revenue for the publishers.

Andy Plesser:  Okay, now let's talk about great revenue for the publishers. Talk about the relevant…well, first of all, the kinds of ads that go into mobile video and also the relative CPMs around those ads.

Frank Barbieri:  Well, we're having a great quarter. You know, I think the first half of the year was probably a little tougher for emerging media, but now, at Q4, we're almost sold out on our inventory–and it's great inventory. So our publishers are happy, our advertisers are happy, and we've shown fantastic performance. So if you look at our video inventory compared to even online, we get almost double digit percentage growth over branded recall, aided awareness, purchase intent. If you look at the performance from the interactive units in terms of post-click follow through we have some of the best in the digital environment. If you look at other brand studies and brand engagement we have done fantastic, and this is across multiple properties and multiple studies we've done with agencies, and so we're looked at as a very very effective engaging and efficient inventory right now, and that's what the agencies and brands are eating it up.

Andy Plesser:  And what about the…are the CPMs higher on mobile, lower, or about the same?

Frank Barbieri:  Well because we're able to prove that much engagement effectiveness, we're getting good CPMs and a good CPM floor.

Andy Plesser:  Great. Well thanks for coming to New York and being part of the event.

Frank Barbieri:  No, we appreciate it Andy; it's great to be here.