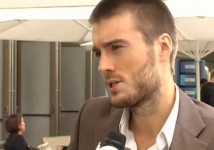 Pete Cashmore, the founder of Mashable, the influential blog about social media and technology, will be among new personalities and contributors to the new CNN.com which launches on Monday.

Also, TED Talks, the successful series of thought-leader videos from the TED conferences, will be surfaced up to the site.

I interviewed Pete last year and republished the video today.  Congrats to Peter and the Chris (TED) Anderson for this breakthrough.

Updates to follow with exclusive interviews with CNN execs.  Will publish tomorrow.

Here’s the story from Brian Stelter and the take by David Kaplan at paidContent.org