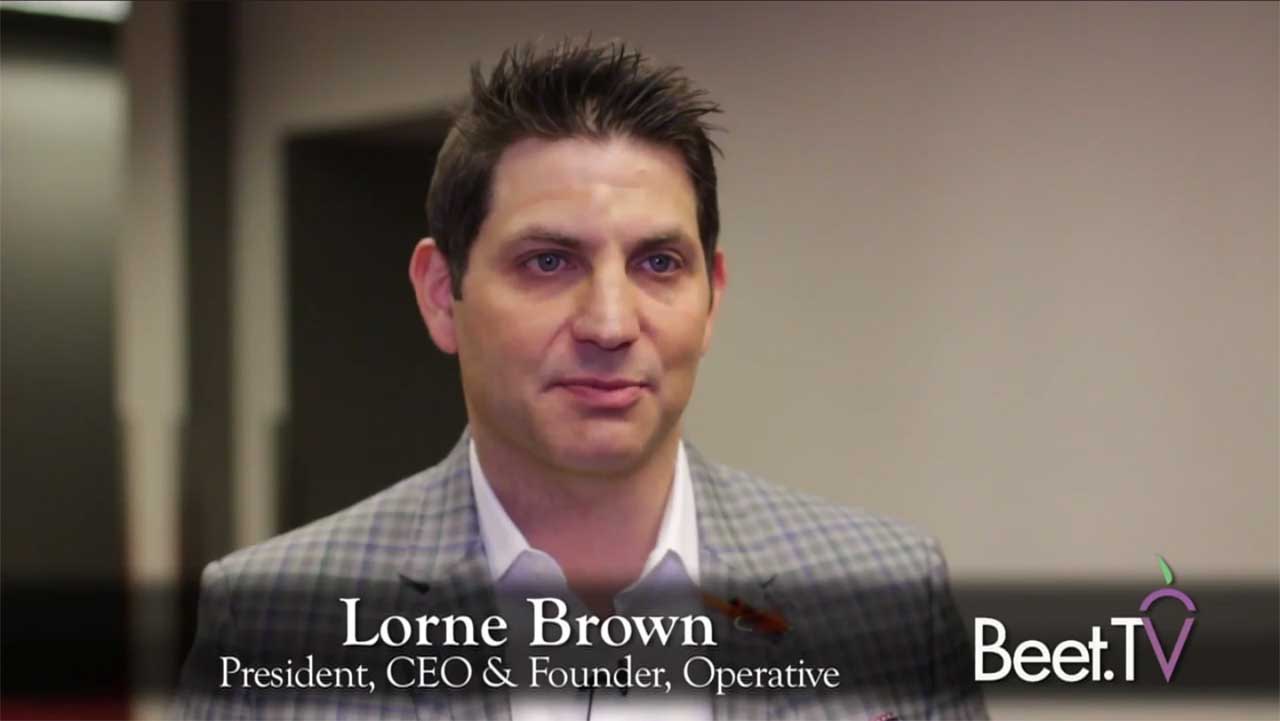 LAS VEGAS – At the end of the road to television convergence—beyond advertising stacks, ad pricing and viewing metrics across devices—lays a single insertion order. So easy to imagine but so very elusive in the here and now, in the view of Lorne Brown, who was chosen this month to head the new Digital Committee of the NAB Show.

The goal is to be able buy a single ad campaign across multiple devices, according to Brown, who is the President, CEO and Founder of software services provider Operative. Among the stumbling blocks are ad inventory pricing issues and ad delivery mechanisms.

“For the programmers and MVPD’s and local media sellers, convergence is a tall order,” Brown says. “What you’re really talking about is selling either a single CPM across a show that spans multiple devices, or packaging your products regardless of the screens that they come from or the ad stack to support those different products.”

Hence the ongoing efforts to stitch together the key components of a linear ad stack and a digital ad stack, and in some cases “a third stack which might emerge around addressable,” Brown says.

Once cross-device ad sales are accomplished, there needs to be more simplification and flexibility on the back end. “So I’m going to sell you a single audience, for example, and that’s going to run across screens,” Brown theorizes. “Maybe I’ll deliver that on the back end where if I’m running behind in digital maybe I’ll point some of that towards VOD, or OTT, or linear and deliver a lot of that with fluidity.”

As it works toward integrating with more linear ad stacks this year, Operative believes the focus should be on the sales side, i.e. how to make it easy for a media seller to bring a unified proposal to market.

“Allow them to put a single piece of paper on the table and say ‘these are all the things that I can do for you,’” Brown says.

Beet.TV interviewed Brown as part of our series on the need for standards around premium video advertising. The series was produced around the NAB Digital Summit in Las Vegas. This series on Beet.TV is sponsored by the NAB.