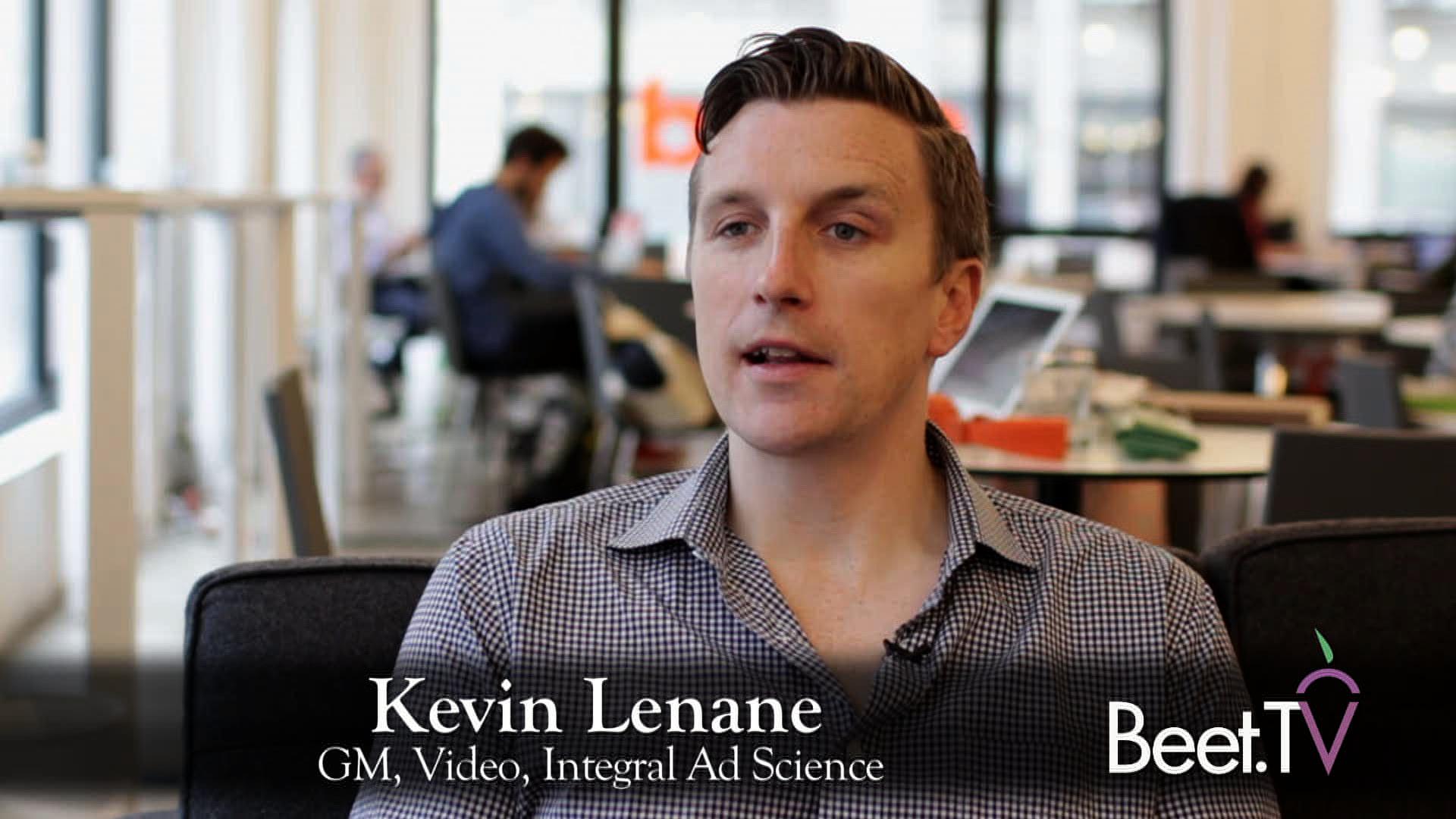 Integral Ad Science’s new partnership with MediaMath, an integration that enables advertisers to choose specific levels of video viewability for their campaigns, is one of several initiatives based on targeting at the placement level that will be replicated by others.

Instead of doing video targeting at the domain level, Integral does it at the placement level, says Kevin Lenane, GM of Video at Integral. This is to avoid the pitfalls inherent in rating domains and labeling them “white” or “black.”

“There’s always chance with the white list/black list scenario that you don’t hit your target,” Lenane says. “It’s just a broader instrument. We do video targeting at the actual placement level, looking at the individual video pages and rating those based on their history and then making predictions based on that history.”

The MediaMath integration deal announced March 10, essentially an enhancement to Integral’s Bid Expert solution, is being replicated by Integral with DSP’s and such companies as TubeMogul, YuMe and DataXu. With these integrations in place, Lenane says Integral can better leverage its 2015 acquisition of video analytics expert Veenome.

“The cool part is that now that we have these integrations set up with can push in some of the cooler stuff we got from Veenome,” Lenane says. “For example, attributes like player size, auto-play or in-banner. We can create segments out of that data so that people can only run on videos that they know are in-stream or are on large players.”

The MediaMath integration gives advertisers their choice of these viewability segments: 70%, 60%, 50% and 40%.