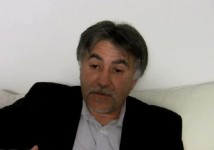 Irdeto, the big Netherlands-based, global provider of digital authentication software and services, is one of the participating companies.

Last month in New York, I interviewed  Jan Steencamp who heads the company's North American operations.   He spoke about "TV Everywhere" and the broader opportunity for content creators to charge for Web video.

Here is our story about DECE from earlier this week with our interview with the group's head Mitch Singer, CTO of Sony Pictures.