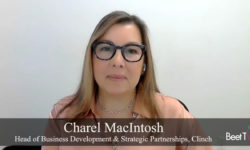 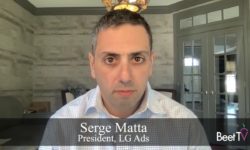 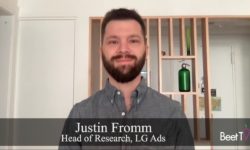 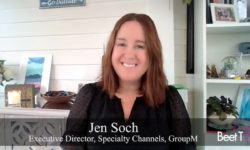 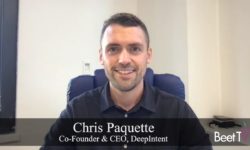 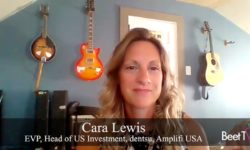 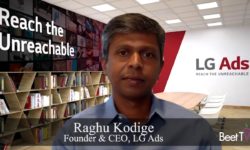 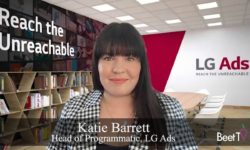 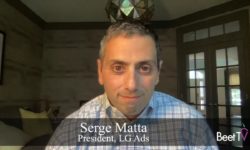 If advertiser spend is bouncing back, Serge Matta wants to catch it.

Now Matta says the power of connected TV advertising is beckoning pharmaceutical, political and other advertisers to look hard at the new medium.

Intent to flex for pharma

“DeepIntent is a pharma-only DSP,” he says. “That’s what they do, and they do it really, really well.”

For LG, accommodating pharma ads is a little bit of a different ball game.

“CTV, in general, in pharma has somewhat lagged,” Matta adds. “Pharma is a bit tricky. We have to be a bit careful because the (usual) video formats (of) 15 (and) 30-seconds don’t apply here for the most part. It’s (all about) 60 and 90 seconds (to carry) the appropriate disclaimers.”

After a difficult global period when millions were confined to home, the whole TV and advertising sector has noted an acceleration of consumer behavior toward over-the-top and connected TV viewing options.

Now the impetus is behind whether advertisers will follow suit.

MAGNA’s September forecast sees a big bounce-back across the board this year, with travel in particular sustaining the return into 2022.

“We’re seeing the need in political,” Matta says. “2022 is going to be a huge, massive political year, and CTV will benefit from that.

“We’re also seeing the insurance category travel travel is coming back. Cruise lines are now starting to spend because cruises are now, all of a sudden, starting to sail.

“They have been dormant in terms of marketing and they want to start to market again.”

The new post-pandemic marketing world, driven by advanced like connected TV, is one that can use capabilities like data-driven, household-level audience targeting.

CTV audience data is driven in part by technologies like automatic content recognition (ACR), the means by which TV sets know exactly what a viewer is viewing.

That’s where Matta thinks LG Ads can offer plenty. The outfit offers ACR data from its viewer base but, like Samsung and Roku, is also taking control of the inventory it can offer by launching its own content channels.

But it’s not just about the USA.

“One in every two TVs bought globally is either a, an LG or Samsung, so the reach is massive,” Matta says.

“We have ACR or we’ll be rolling ACR in all of these TVs globally, over the next 12 to 18 months.

“I’ve been here now for six, seven months. We’ve hired a massive sales team. We’re continuing to hire both on the account manager on the sales. The product evolution has increased significantly just in the past six months. It is a true rocket ship.”