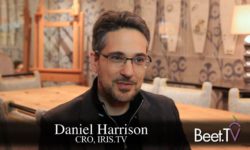 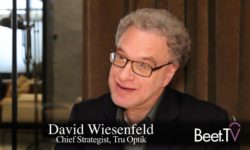 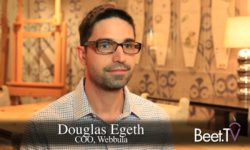 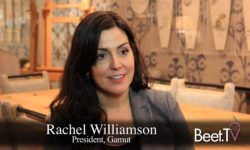 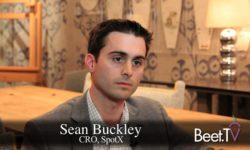 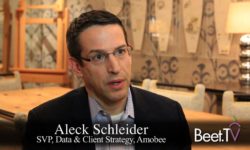 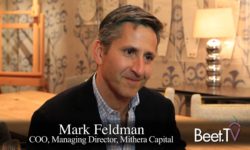 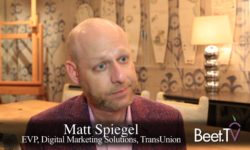 Just shy of its sixth anniversary, Tru Optik has reached “an inflection point for us” with a $10 million venture round whose participants include TransUnion, with which Tru Optik will partner on data and privacy, says CEO Andre Swanston.

The funding round for the provider of over-the-top targeting, measurement and privacy management was led by Mithera Capital and also included Connecticut Innovations, Arab Angel Fund and Progress Ventures.

“We’ve been very deliberate and frugal in terms of how we raise capital,” Swanston says in this Beet.TV interview at the company’s fifth annual InFronts event. “We accomplished a lot with relatively a very small amount of money. To be able to have the success that we’ve had and then now have a much larger cash infusion is really substantial for us.”

Tru Optik has doubled in size “in just the last quarter and our revenue is pretty much skyrocketing,” Swanston adds. With regard to the relationship with TransUnion, he cites as main factors as scale and quality of data plus being “tight knit” on data security. As to the latter, “Those are things that TransUnion seemed to care more about than probably anybody that we’ve talked to in the industry. A lot of the diligence process was around privacy policies and data security.”

Where Swanston sees OTT/connected TV headed in the next couple of years is “we’re not even going to call it that anymore. It’s just going to be called TV because it will be the main opportunity to reach consumers across the biggest screen in the household.”

Tru Optik recently expanded its management ranks with the additions of Richard Kosinski as EVP of Sales and Jonathan Bokor in the role of Chief Privacy and Business Affairs Officer.

“We’ve always been blessed with some really talented, experienced people,” says Swanston. Really what we’re doing now is just being able to do that even more increasingly and fill gaps that we had” in such areas as sales and privacy.

Tru Optik kicked off this year’s InFronts by presenting a timeline of the company’s accomplishments and partnerships in an industry with non-stop announcements from companies announcing all manner of news. “The funny thing about it that we laugh about internally is everything that anybody has announced in the last six months, Tru Optik announced in 2018, or 2017 or even 2016.”

One of its more substantial undertakings is the recently announced integration with the Oracle Data Cloud, something that Tru Optik began working on in the summer of 2017, according to Swanston.

This video is part of Beet.TV’s coverage of the Tru Optik InFronts 2019, NYC. The series is sponsored by Tru Optik For additional videos, please visit this page.