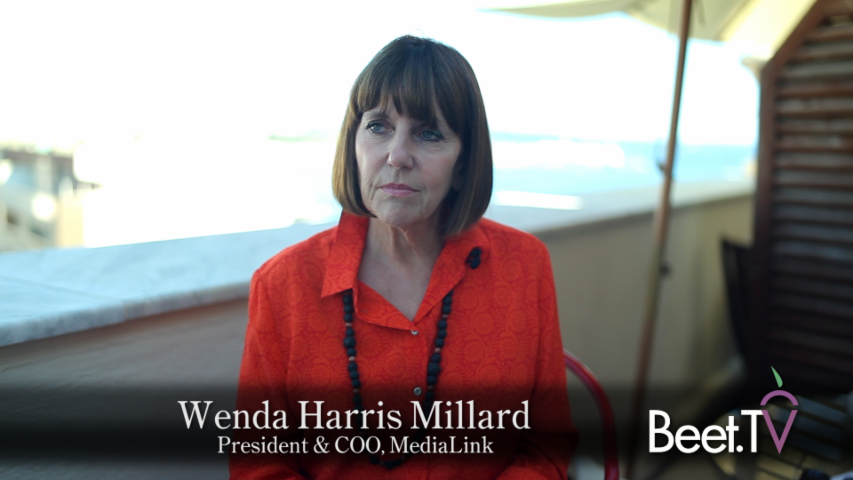 CANNES – This year’s Cannes Lions was notable for its deal making and the formation of “serious” partnerships, says Wenda Harria Millard, COO of the powerhouse consultancy MediaLink, in this interview with Beet.TV

She says it was “different” this year as many of the most of the media “moguls” descended on the French Riviera — several for the first time.

Moreover, she sees this Cannes as emblematic of a milestone in the convergence between media, marketing, technology and finance.

Also in this segment, she talks about inevitable but unpredictable media consolidation.