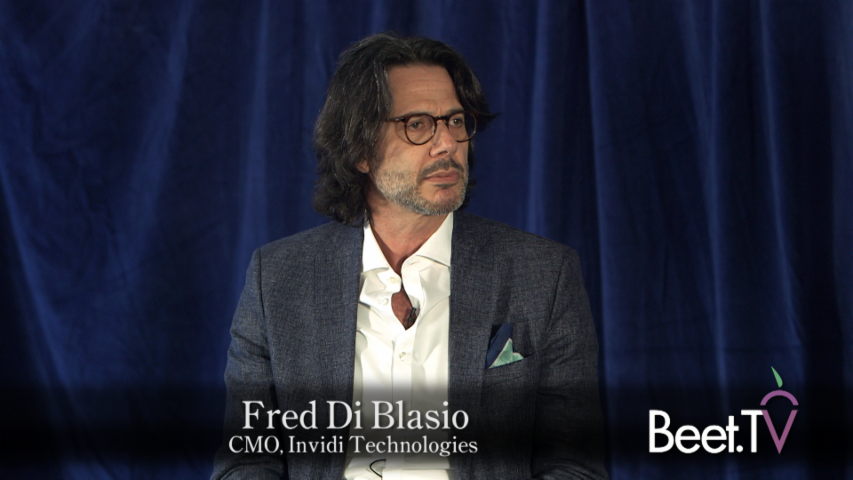 LONDON — Invidi ha already helped US TV operators with customers in 68 million homes to deliver household-level targeted TV ads. Now it is aiming to expand its business overseas – but, first, it has to overcome some challenges.

“We are expanding globally and aggressively, and are keeping most of those plans under wraps,” Invidi chief marketer Fred Di Blasio tells Beet.TV, in this recorded panel interview. He hinted target markets must boast three characteristics:

But one of those characteristics is bigger than others, because TV markets – and technological capabilities – around the world are very different to the US’ uniquely-structured patchwork of operators and programmers.

“The data piece is truly the biggest question mark,” Di Blasio added. “We’re fortune in the United States – there is so much data available to match. In other countries globally, that presents a few more challenges. In Canada, there’s a dearth relative to the US.

“We’ve had our challenges there. Other markets move much more quickly than Canada. We’ve had a trial there. We’re moving to phase two of a trial with Global, the second largest national broadcaster. We’re excited by the prospects that that brings.”

If overseas TV companies do adopt addressable ad targeting, they may find a pay day. Former DirecTV CEO Michael White has previously said the technology boosted his ad sales business from around a quarter of a million dollars to well over a billion dollars in four years, Di Blasio said.