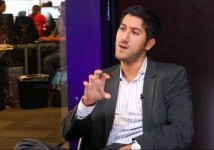 WASHINGTON — MSNBC.com has reported that January was the biggest month for online video with 162 million views.

While big news stories including the Tuscon shootings, floods in Australia and the unrest in Egypt, have driven views, a big factor has been the recent integration of MSNBC.com videos in site and blog pages, says Stokes Young, Director of Multimedia at MSNBC.com

The value of publishing video in the context of overall reporting is becoming increasingly important as publishers seek greater visibility for clips beyond their place in a video "gallery."

I spoke with Young at the February 1 Beet.TV Online Video Journalism Summit where he was a panelist.

While big news has driven views, so have softer features like the story about the mystery of the grand piano in Miami's Biscayne Bay, he told me.