CNN Reports 100 Percent Jump in Video Consumption on the iPad During Egypt Crisis, Device is “A Game Changer” Senior Exec 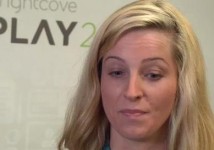 WASHINGTON, DC — Driven by intense interest in the crisis in Egypt, daily video views on CNN.com reached 6.3 million in the U.S. on Wednesday (2.2), up 97 percent over the prior four week daily average, a spokesperson has told Beet.TV

As part of that big rise in video demand, was a 100 percent rise in video views on the iPad, CNN said today.  Although the network did not reveal specific numbers.

Earlier this week at the Beet.TV Online Video Journalism Summit at the Washington Post, I spoke with CNN.com’s Mike Toppo about the state of online video news gathering and consumption.  He says that tablets, notably the iPad is a “game changer” for news video viewing.  He said preliminary research around iPad use points to consumer engaging in a “longer viewing experience.”

Toppo, a veteran CNN producer, is Senior Director of News Operations and Productions for CNN.com