comScore to “De-link” Video Ads and Content in New Tabulation 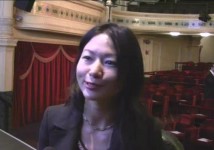 In an important development in the way video views and associated in-video ads are tabulated, comScore will count videos and related ads separately, de-linking the two, beginning with the June numbers.

This will likely lead to a shift in rankings for video ad networks.

We spoke with Tania Yuki, senior product director for video
at comScore, who was a panelist at the Beet.TV Online Video Roundtable at MSNBC.com in New
York on Tuesday.

Peter Kafka, who helped moderate the panel, reported in April that Apple does not permit third-party analytics to track metrics around apps.  Apple's CEO Steve Jobs said it onstage at All Things D last month.

Several publishers from ABC TV and the Financial Times have video apps. Whether a lack of third party tracking is important for publishers and
their advertisers is not yet clear as many publishers scramble to build increasingly popular Apps for the Apple and Android devices.  Yuki declined to address this topic our interview.

Much more from the roundtable to follow over the next several days.

Note:  Many thanks to Peter Kafka for helping out with moderating, our terrific panelists, our sponsor YuMe, our host MSNBC.com, and to Livestream, producer of the Webcast.