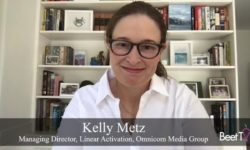 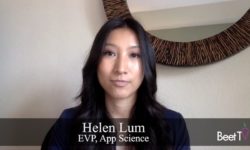 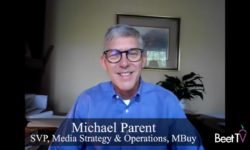 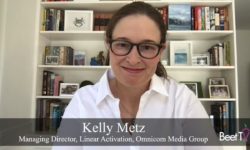 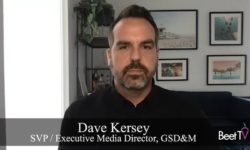 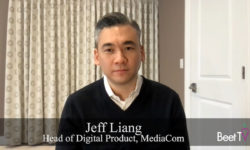 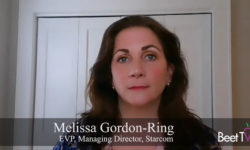 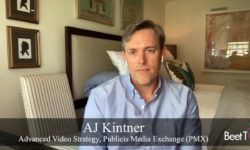 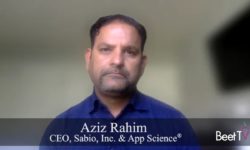 In the space between mobile and TV, what’s old is new again.

Started in Japan in the mid-nineties, QR code were initially popular with the countries NTT DoCoMo mobile carrier. They never quite took off until they were baked into the cameras of iOS and Android.

Recently, however, practices like contactless ordering from restaurant menus have seen QR codes become even more popular, and a clutch of companies has been trying to embed them in TV shows, too.

For Joao Machado, marketing SVP at a company which powers connected TV ads using mobile data, humble QR codes could be the next big thing again.

“People have realised the value of QR codes, again,” Machado says in this video interview with Beet.TV . “As an industry, we kicked them around the curve because there were bad experiences in the distant past. But it’s always been a good piece of technology, it’s always a bit useful, and it’s a good thing for context change.”

Sabio has long been helping advertisers use consumers’ mobile data to better target CTV ads. Now it is also using mobile QR codes to bring those ads to life, through things like interactive buying experiences.

QR codes displayed in CTV ad creative are the key to unlocking such experiences for advertiser brands.

“We are trying to move all of our CTV campaigns into something more transactional,” Machado says, “by incorporating a QR code into the TV.

“A QR code for a big box retailer allows a consumer to go, scan the QR code, immediately put those products into a shopping cart, pay them, and have them deliver, and then to have it left at doorstep,” Machado adds.

Machado’s Six-year-old Sabio is an ad-tech platform offering a connected TV (CTV) platform that is powered by mobile phone data.

It claims to leverage app-level data from over 300 million mobile devices, which can then be fed into CTV buying systems. Sabio has its own DSP, SSP and DMP.

CTV is a medium traditionally hampered by classical digital methods of identifying viewers – so mobile could be a useful signal.

“The mobile device is the perfect mirror of a person’s affinities, their likes, where they are in their life stages,” Machado says.

He says he can use signals from mobile apps including location history, plus added data like shopper behavior, to build ad-targeting profiles executable through CTV.

That’s the theory. But mobile, too, is now facing big challenges in the gathering of consumer personal data used to build those profiles.

Apple’s decision to make more location and behavior tracking by apps opt-in by default for consumers is a seismic shift that will limit the ability of many to make useful material out of mobile app activity.

1. Whilst 50% to 60% of iOS users have opted out of such tracking, according to Machado, only 30% of iOS users are on the latest, most privacy-supporting version of iOS.

2. Sabio has adopted Unified ID 2.0, kickstarted by The Trade Desk, into its household identity graph, in an effort to rely less on consumer-provided identity signals.