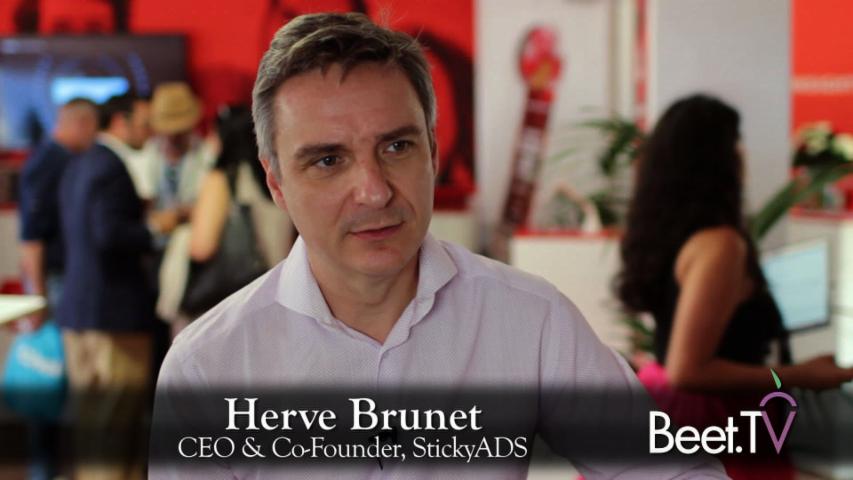 CANNES – With numbers this big, it’s no wonder ad-tech vendors re vying to turn even the traditional media space programmatic.

“Worldwide, (advertising) is $170bn, in the US it’s $77bn,” according to Herve Brunet, CEO and co-founder of StickyADS, one TV ad-tech vendor recently acquired by another.

“The linear side of TV is eventually going to go programmatic. Even if 20% of that goes programmatic, it’s going to be massive.”

StickyADS was recently bought up by Comcast’s FreeWheel as the latter looked to extend its US digital ad expertise in to European TV.

Today, programmatic TV is a tiny fraction of the overall. So what is it that the industry really wants from technology like this?

“From a TV broadcaster’s perspective, it’s one word – control,” Brunet tells Beet.TV. “It’s the ability to control their environment, define the business rules, make sure their inventory is sold on their terms, not on the buy-side terms.

“From a demand perspective, there’s a tremendous need for quality inventory. TV broadcasters have that inventory. So we’re making sure the two worlds meet in the middle.”

We spoke with him last month during Cannes Lions.