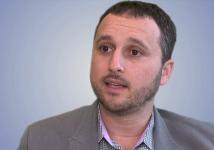 AOL has launched new video destination comprised of 14 channels, involving some 1000 top video publishers and over 300,000 videos and a number of new, original made for the Web programs.

Many of the video publishers have been part of AOL's big 5Min syndication engine.  While these videos will continue to be syndicated, this is the first time that the videos have been organized on an AOL portal, as a destination.

At the AOL Digital New Fronts in Manhattan, AOL CEO Tim Armstrong announced the new portal which is called AOL On.

For an overview of the new strategy, we spoke with Ran Harnevo, SVP, Video at AOL On.

According to comScore, AOL Video served nearly a half a billion video views in March.

More on the news from StreamingMedia.com

Disclosure:  Beet.TV has a commerical arrangement with AOL On where its videos are widely syndicated.  You can find the Beet.TV channel on AOL On right here.