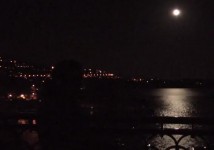 MONACO — Bahrainian blogger Esra’a Al Shafei, a key figure in the social media activity around the Arab Spring, has been awarded the Monaco Media Prize by Prince Albert II of Monaco.

The award was presented by the Prince at a gala dinner here tonight. The ceremony was part of the three-day Monaco Media Forum.

Al Shafei founded Mideast Youth in 2006 with the goal of harnessing digital communication and social media tools to promote freedom of speech to work against repression, persecution and intolerance in the Middle East.

In his remarks, Prince Albert called Al Shafei a “trailblazer for human freedom, a true innovator and a real symbol of the Arab Spring.”

She has played a central role in creating Crowd Voice, an influential news curation site for developments around the Arab Spring.

She is a TED fellow and a recipient of the Berkman Award from Harvard University’s Berkman Center for Internet and Society for “outstanding contributions to the internet and its impact on society.”

Keeping Her Image Private and The Video

Earlier tonight, we interviewed Ms. Al Shafei about her work. She asked that her image not be shown.  She explained that she has maintained a very low profile for her own security.  Her work is controversial and she prefers not to be identified, she told me off camera.

In keeping with her request, we taped her in silhouette from a hotel balcony overlooking the Mediterranean where a full moon provided extraordinary back light.