Adobe’s Flash Has Bridge to HTML5 with New Conversion Tool 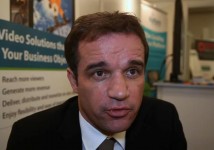 Last week, Adobe announced it was providing developers with a tool to convert Flash video files to HTML5, the new format which is increasingly widespread on mobile devices.

The tool that allows this conversion is from open source video platform company Kaltura.  Kaltura has provided Adobe with the code based on its open source library.

Yesterday, we spoke with Kaltura co-founder and president Michal Tsur about the new widget and the opportunities for developers using Adobe tools to be integrated into the emerging world of HTML5.

Of the battle between Apple and Adobe over Flash, she declares "there is no war."

She also addressed the issues of compatability for HTML5 among browsers and codecs, a topic we explored last week.

There appears to be progress with standardization of HTML5 with news that the implementation of Microsoft Explorer 9 most closely adheres to standards from the W3C.