Believe it: How a Little Video Blog Powered The Agenda for Election Reform 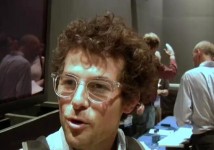 A cheap camera, dogged determination, and a smart video blog strategy has created a national dialogue about election form in the United States.

At the Personal Democracy Forum in New York last week, I interviewed Jacob Soboff, who created the Why Tuesday advocacy campaign.  The organization set out to change the national voting day from Tuesday in an effort to build greater voter participation.

Without press credentials or special access, Jacob managed to tape segments with all of the 2008 presidential candidates and created tremendous attention for the election reform movement.

Although not much has happened in changing election day, the campaign has raised considerable attention for the subject which had been largely ignored.  Let's hope the effort continues.