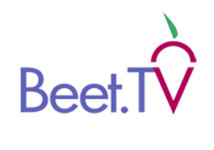 YouTube leads Yahoo! as the world's second biggest search engine according the the latest numbers from comScore released on Friday.  It is a different sort of search engine of course, as the queries are for videos.  Seeking to monetize all that traffic, late last year YouTube launched "Sponsored Videos," a program modeled after and managed by Google AdWords.

It is a keywords purchase program.  Owners of videos can choose to promote individual videos by purchasing keywords.  Like AdWords, owners can set a daily or monthly cap on charges and they can determine the cost-per-click cost (CPC).   The minimum CPC is $.50 and the maximum is $5.00.

Search results are displayed as small thumbnails on the upper right hand of the screen.  The video images are just above the list of conventional Google AdSense (text) results. Google announced the program back in November and there has been some initial press coverage.

Recently, YouTube placed a "new" function on the "accounts" page of uploading members.

A YouTube spokesperson declined to comment on the scope of the program, numbers of keywords or auction pricing.  He explained that the program was in the early stages and very little data is available.

Spending time on the site, there are very few search results.  Some film studios seem to have bought up a number of words.  But, the field is quite open.

Of course spending money for viewers to watch a video is a very new concept. It is not, after all, a direct link to e-commerce, but some clever marketers are starting to use it.

A very popular video for Invisible Shield, a coating to protect electronic devices, comes up at the top sponsored video under the search term "iPhone" — the video showing how the product protects from scratching.  The video has had 1.4 million views.

Yes, the monetization of YouTube may happen the old fashion way, keyword search.

On Monday, I was as the Google offices in Washington for the YouTube media conference.  After the session, I interviewed Olivia Ma, YouTube News Specialist who co-hosted the event with Steve Grove.  We spoke about the growth of YouTube in the news area, the impact of the Election on traffic and the Sponsored Video program.

In her comments during the panel, she said that traffic for news related videos jumped more than 500% in 2008.

Miquel Helft at The New York Times wrote today about the evolution of YouTube as a new kind of search engine.