AMC Networks Is First To Use Sorenson Addressable Offering 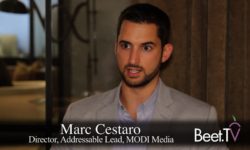 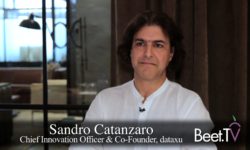 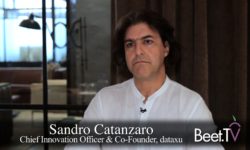 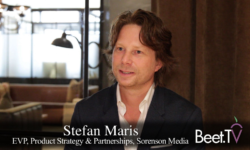 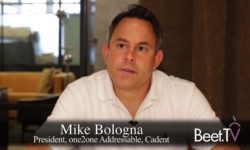 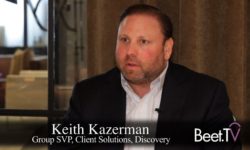 AMC Networks is adding an addressable advertising solution to its tool kit via a ground-breaking partnership with Sorenson Media in what it sees as a complement to the growing pool of inventory that can be used to target specific households.

“We’re very excited to take this step into addressable television,” says Adam Gaynor, who joined AMC from DISH earlier this year in the newly created position of VP, AMCN Agility.

Sorenson’s technology, when embedded in Samsung TV sets, can detect and analyze everything that appears on the screen. The company works with publishers to help optimize advertising and shares some of the revenue with Samsung.

“Marketers have been embracing addressability for quite some time,” says Gaynor. “Addressability has just been growing in popularity. Our ability to add addressability technology into the national cable arena is an extra enhancement to an already growing addressable market.”

On July 26, Sorenson activated Sorenson Addressable and announced that AMC would be the first to use the new platform’s real-time ad replacement technology. Sorenson Addressable can be seen as a sort of over-the-top version of traditional addressable delivery controlled by MVPD’s because it enables households to receive targeted ads regardless of their choice of cable, satellite or telco TV provider.

“When we set out to try to add addressability to our tool kit, we took a look at what Sorenson had to offer. We make great content. And what we see is that they make great ad tech,” Gaynor says.

Working with Sorenson, an automaker that purchases a 30-second ad unit during the “Walking Dead” will be able to send a truck ad to the Samsung TV screen of a farmer in Illinois, and a sports car ad to the screen of a 20-something car enthusiast or in Los Angeles. The rest of the people watching the show at that time might see an ad for a standard four-door car or minivan, as the Wall Street Journal reports.

“Brands look at addressability as a part of their overall media mix. At AMC networks we now have the ability from start to finish to be able to really help advertisers from a broad demo reach to a more targeted reach and now to an addressable reach,” says Gaynor.

AMCN Agility was formed in early 2018, about a year after the company unveiled its Aurora Video Targeting Solutions platform. After testing it with a select group of advertisers, AMC decided to form a dedicated data sales team led by Gaynor.