BBC Global News Chief: “Video is Becoming the Mainstay of our Digital Platforms” 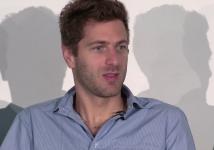 LONDON –  As the cost of bandwidth decreases, video is becoming the "mainstay" of the BBC's global news offering via its digital platforms, says Peter Horrocks, Director of the BBC World Service in this interview with Beet.TV

Video rich devices and Apps from the BBC, notably the iPlayer, are boosting video consumption.

In  late February, the BBC expanded its digital offering with the international launch of a new app for larger screen Android tablets. This week, it released an iPhone App for Russian news.

U.S. Is "Underserved" with International News

With dwindling oveseas bureaus for U.S. television networks and newspapers, the U.S. market is "underserved" by a media which is often times "slanted," says Horrocks.

Recently the BBC has ramped up both its cable distribution and online news gathering in the United. States, including an agreement with Comcast.

Online, the BBC has some 22 million monthly viewers in the United States, a BBC spokesperson told us via email.

Editor's Note:  We are very pleased to have established a presence in London with a talented network of shooters and editors.   We are expanding our coverage of the media scene in the U.K. and Europe.  On May 4, Beet.TV will host a video strategy summit at the BBC's headquarters in London.  Please stay tuned.  AP