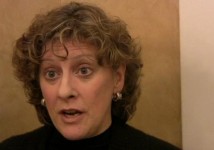 MONACO —  For publishers to succeed in the fast changing media environment, digital content must be universally accessed, irrespective of the device, says Staci D. Kramer, editor of paidContent, the influential media news site.

We spoke with Kramer last week at the Monaco Media Forum where she moderated a panel.

Kramer, who was the first employee of paidContent. She was promoted to the position of Editor in October following the departure earlier in the year of founding editor Rafat Ali.   Kramer is also Executive VP of ContentNext Media, the corporate umbrella for paidContent and its associated brands.  ContentNext is a unit of  the Guardian of London.

The publication has been making some high profile hires lately.