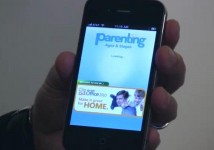 The landscape for mobile Apps for the iPhone and Android has changed so rapidly that some of the biggest publishers, including msnbc.com, are outsourcing the creation of their Apps to a Seattle-based company called Zumobi.

We spoke with Zumobi co-founder John SanGiovanni recently about the demand for Apps and his company's services.  Before founding Zumobi, he was Technical Evangelist for Microsoft Research.

Unlike most development shops which charge on a project basis, Zumobi develops its products in a sort of partnership, a rev-share scenario, with its customers.

Zumobi created the Meet the Press App recently for msnbc.com as well as other msnbc.com shows including the Today Show.

SanGiovanni says that demand for video Apps is booming.