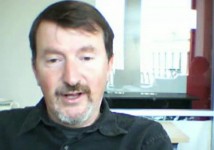 CAMBRIDGE, Mass (via Skype Video) — Brightcove, the big online video services company, has released a comprehensive solution for Android devices, for the mobile Web, and for native Apps.

The introduction follows Brightcove's support for the Apple mobile devices.

More publishers are using native Apps to deliver video, including the Financial Times, a Brightcove customer, and entertainers such as Taylor Swift, whose Brightcove-powered iPhone App produced some 655,000 video views in two weeks, the company says.

The launch of Brightcove support of Android comes when Flash 10.1 is being released for the mobile web.

Last week, we spoke with Brightcove President David Mendels about the new App world.  While the platform performs well, integration with advertising networks will take some time to be broadly enabled, he says in this video interview.

More on this development from Brightcove's Jeff Whatcott on the company blog.

The topics of video and Apps will be part of the discussion later today at the Beet.TV Online Video Roundtable, where Brightcove CTO and co-founder Bob Mason will be a panelist.