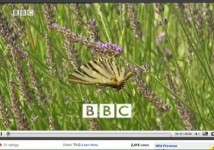 MOUNTAIN VIEW, CA — You might think of YouTube as the site for viral videos and your cousin’s birthday clips, but the giant of the Web video world is on a mission to change that perception, YouTube spokesperson Chris Dale told Beet.TV in an interview at the corporate parent Google’s headquarters on Tuesday.

The site lost out on the chance to to stream ABC’s prime-time shows online when Hulu sewed up exclusive rights to ABC’s shows online for the next year or so as part of its deal with Disney and ABC, but YouTube remains committed to operating as hub for ALL videos, from the user-gen variety to the professional fare too.

YouTube recently launched a new section on its site for full-length episodes that includes programming from MGM, BBC, CBS, Crackle and Lionsgate and others. Also, late last month, YouTube inked a deal with Sony to carry shows and movies from the studio.

The site’s push into premium content is essential to winning advertisers, who are still more comfortable backing professional videos. But it also raises the question of whether online viewing siphons viewers away from the TV. “The cannibalization myth doesn’t hold up under scrutiny,” Dale said. “I have actually started watching more BBC programming on the TV because I watched and enjoyed some of the content we have on YouTube….Online video drives traffic and engagement.”

Editor's Note: This is one of several segments about YouTube and Google which will be published over the next several days.  Andy Plesser, Executive Producer