Google News Has Archived The New York Times, TIME magazine……New Timeline Charts are Cool…. Google News, aggregation platform for news from thousands of news sources, has a short shelf life. Meaning after news stories are posted, they expire after 30 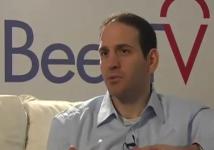 Google News has just released a widget which allows webmasters to create a customized news feeds in two sizes, 728×90 and 300×250. The company refers to it as a “Google News–based element for webmasters and developers.” Details were just published on the Official Google Blog.

“This makes it easy to integrate headlines and previews from Google News
into any webpage, and for newspapers to reach new audiences across the
web.”

Pulling live, customized headlines on Web pages is not new; it’s been around for over 10 years. One of the earliest and best services was Nick Denton’s Moreover, which he left in 2001. But having the range of topics provided by Google News is a very powerful, indeed. We wonder how much this new effort will drive newspaper and media consumption.

For an overview on Google News, we spoke last year with Josh Cohen, Business Project Manager for Google News. We have republished the video today.

In an unrelated post about Google News, Peter Osnos, former Washington Post reporter, writing on the Daily Beasts opines, “Will Google Save the News.” He’s a take on Osnos’ piece by Mathew Ingram, writing for GigaOM titled ‘Google is not your Sugar Daddy.”