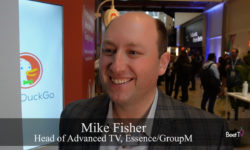 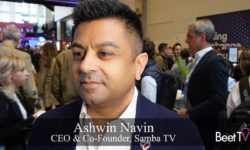 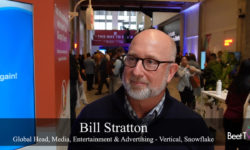 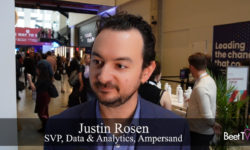 If only every ad environment was as premium as the one Netflix is about to launch.

Measurement and analytics vendor DoubleVerify just announced it will provide media verification to help Netflix’s new wave of advertisers ensure their ads are fully viewed by real people and safe from fraud.

But, in this video interview with Beet.TV, Mark Zagorski, CEO, DoubleVerify, says the current US mid-term election cycle is causing a spike in online hate speech that should concern advertisers.

That means it will bring its fraud protection and viewability verification to bear on Netflix inventory.

“It’s a base level of verification and confidence that advertisers are going to request from any digital space,” Zagorski says. “We’re excited about it.

“It’s going be a huge, huge new venue for advertisers to be in.”

But Zagorski says advertisers need to think hard about whether they want to be in other venues that are seeing a spike in political hate speech.

“What we’re seeing in the last few weeks leading up to the elections is a 23% increase in hate speech,” he says, citing DoubleVerify’s own research, which can identify hate speech content.

“As the political season heats up, so does the incidences of incendiary content and the risks to brands and advertisers being around that type of content.

“There’s content that advertisers want to be around because it’s important to people, but they need to have the tools to make the call of what’s safe and what’s not safe for them as a brand.”

Next up, Zagorski says DoubleVerify plans to invest in understanding “attention” – namely, the extent to which viewers are really watching connected TV ads.

Beyond the black and white of viewability and fraud, there is the thorny question of audience attentiveness – a harder problem for technology to solve.

DoubleVerify is joining the throng of industry players aiming to see and quantify audience attention, so that publishers and ad buyers can adequately value inventory.

By Robert Andrews on October 19, 2022 @robertandrews