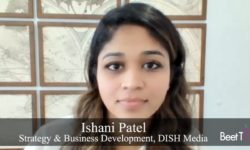 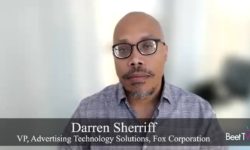 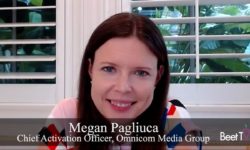 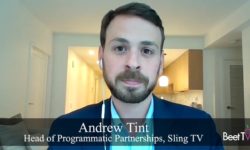 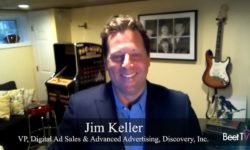 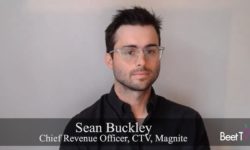 “Connected television does give us a great platform to reach diverse audiences. It is addressable,” Marc Mallett, vice president of performance and programmatic advertising sales at Walt Disney Co., said in this interview with Beet.TV. “We don’t necessarily see connected television as an ‘either/or’ when it comes to the Disney portfolio.”

“We certainly can reach audiences through linear television and then you couple that with the addressability of connected television, it becomes very powerful,” Mallett said. “With the amount of data that we’re able to pull together from the various areas of the larger Walt Disney Company, we can really segment our audience into many different areas.”

The company created its Disney Select data product to give media buyers more flexibility in reaching audience segments based on first-party data about consumers.

“We can reach audiences that we know over the course of 30 days are going to engage with a type of content, whether they’re going to engage in online shopping,” Mallett said. “The growth of connected television does give the reach and scale that hadn’t been there several years ago.”

The number of connected TV households in the United States has surged to about 150 million, while technological advancements have made more video ad inventory available to programmatic buyers.

“The growth in programmatic has been driven by connected television over the past several years,” Mallett said. “With the inclusion of Hulu in our portfolio, it’s become an incredible piece of the Disney Ad Sales go-to-market strategy and what we’re able to offer.”

Disney is agnostic when it comes to demand-side platforms (DSPs) that advertisers use for their programmatic media buys.

“We work with multiple DSPs, and then from an SSP [sell-side platform] perspective, we’ve had long-standing partnerships with both Google and Magnite,” Mallett said. “Those are our two main SSP partners with regard to connected television.”