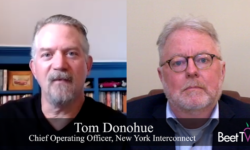 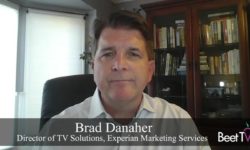 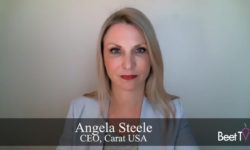 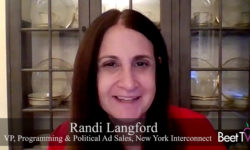 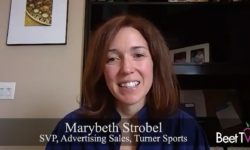 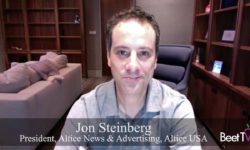 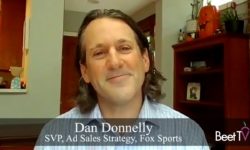 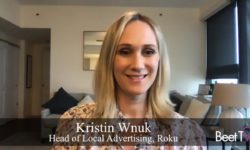 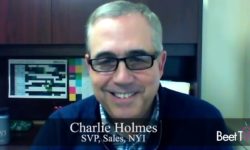 2020 was a difficult year for many companies. But it may also end up being a year when those that were able to invest in marketing created a new foothold that catapulted them toward growth.

VAB, an insights-driven organization dedicated to answering marketers’ toughest questions, says it pulled a century of economic data and found one key finding – investment in brand-building pays off.

In this video interview with Beet.TV, Sean Cunningham, VAB President & CEO, reflects on a year that, for some, may have been as much “make” as it was “break.”

Cunningham says many brands did, indeed, double down this year. Brands like Hotels.com, for example, returned to TV advertising in June.

“We tracked nationally that we’ve seen $460 million worth of new advertising come into the national platform – 110 new brands in 59 categories,” Cunningham says.

“Their heaviest spending period was in the toughest part of the pandemic.

“(In) the three months in the beginning of the economic downturn, we saw a great number of advertisers with very sophisticated data analytics decide to launch on TV in that environment and to great effect.”

Amazon, for instance, launched its first TV campaign in the middle of the recession in 2008 and saw a compound annual growth rate of 34% between 2008-2012.

VAB’s analysis across 400 brands showed that those who increased spend saw a nearly 70% increase in ROI versus brands that decreased their spend.

“When there is a downturn in certain categories in the amount that people are advertising, now is absolutely the time to invest in the simple principles like making sure that your share of voice eclipses your share of market.

“The return on that in terms of big results is super clear. One of the things that we’ve seen is that there’s a lot of smart, savvy advertisers that are data- and analytically-driven who actually saw 2020 as launch time.”

Hear the perspectives from the leaders and authors of our work for an insider's view on the most important topics in the industry. ▶️ https://t.co/iu7nMJvxdW pic.twitter.com/2U4zhLSsBr

Cunningham suggests the advertiser opportunity is evident in terms of audience availability. During the pandemic, TV viewing has swelled:

“2020 is a year that I think some of us want to forget, but there are changes that we’ll always remember,” Cunningham adds. “The acceleration that we saw … really put us probably a couple of years forward in our evolution. That it’s a good thing for marketers, particularly data-driven marketers.”