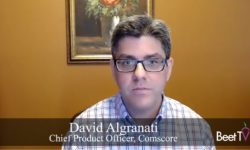 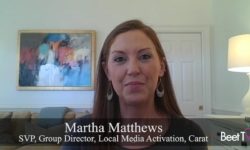 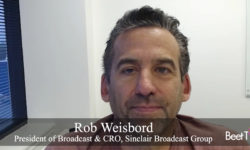 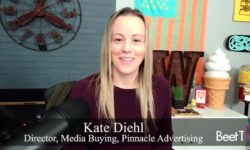 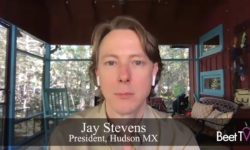 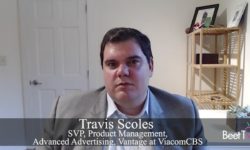 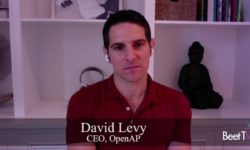 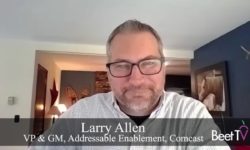 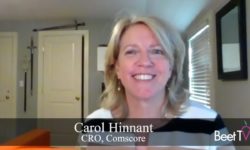 Can a “GRP” transform into a “CTR”? The evolution of TV metrics may not be so, well, linear – but Nicolle Pangis believes that television must quickly learn to speak digital’s language if it is to truly benefit from the connected TV opportunity.

Pangis is CEO of Ampersand – the initiative of Comcast, Cox and Charter designed to make the buying of addressable TV easier – and sat down for a video interview with Beet.TV after the group launched a new tool for that.

Ampersand began trialling a self-service version of its AND planning and buying platform early in October after the platform was first launched in January.

Beta clients are testing out the buying of advanced audience segments across Ampersand’s national and local addressable footprint.

It is the latest to try offering a self-serve capability in a world that is still more used to manual buying and heavy lifting.

CTV holds the potential for digital-style ad buying – that is, buying actual ad impressions, which can be accurately measured and provided, rather than on a rough idea of viewing from extrapolated panels.

But, whilst that is the potential, the reality is often different. Some in the industry say the opportunity is still more “programmanual” than programmatic, with lots of old, TV-style heavy lifting still involved, whilst others say TV ad buyers are happy to achieve the broad top-of-funnel exposure that TV provides, rather than digital-style precision.

“I absolutely believe that television will – and needs to – move to audience-based buying,” Pangis says. “I think, most, if not everybody, believes that as well.

“With that will have to come in (a) difference in currency because there’s no reason for a currency to be panel-based of a few thousand (viewers), when you have census-level and deterministic data that can much better inform what a currency should look like.

“So I do think the television ecosystem will move to impression-based (measurement) simply because it can, it’s just going to take time to do that.”

On this episode of Fairygodboss Radio, our CEO @NicollePangis, shares her career journey and the lessons she's learned along the way. Listen to the full episode on @Fairygodboss, here! https://t.co/3ggFBvYy3I pic.twitter.com/ps2pZ28uwR

From demographic to deterministic

Ampersand is a way for ad buyers to get addressable placements across Comcast, Cox and Charter cable services, in addition to the companies with which it has expanded the fooprint – Altice, DISH, Verizon Media, Xandr and AT&T.

Its capabilities include set-top box data from the three main cable companies involved, stretching to around 40 million homes. All in all, Ampersand claims 85 million households, 120+ cable networks and more than 60% of all U.S. addressable households.

As connected TV rises, the industry is focused on breaking down the barriers to buying across a proliferating number of services, and on making measurement across screens more efficient.

“I come from a very digital background,” says Pangis, who previously was an executive at GroupM’s audience-based platforms. “Digital is transacted via impression-based and typically audience-based buying. When I moved into TV two and a half years ago, it really was kind of a foreign language to me.

“As there is more inventory and more data that, the television ecosystem can bring the best of digital, which is deterministic, census-level data insights, from an audience perspective, and leverage that in a deterministic way that is privacy compliant to better inform planning, buying/execution of, and measurement/attribution of television buying.”

This video is part of Advancing Toward a Common TV Measurement Currency, a Beet.TV leadership series presented by Comscore. For more videos from the series, please visit this page.