How CTV Economics Will Shake Out: Rob Norman 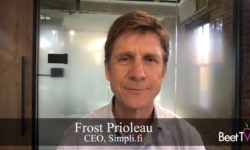 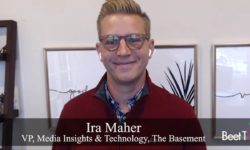 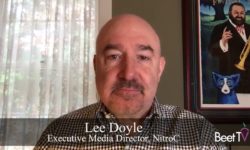 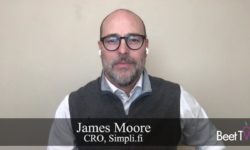 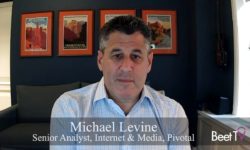 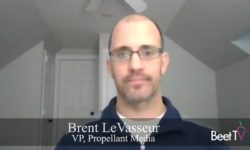 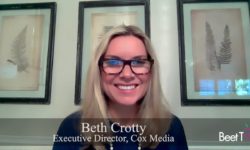 WEST CORNWALL, CT – For advertisers, it offers the best of both – the impact of television and a smidgen of the targetability of digital.

But how is connected TV shaping up, and what will it look like in the next few years?

In this video interview with Beet.TV, Rob Norman, a veteran GroupM executive who is also on the board of Simpli.fi, a video demand-side ad-buying platform, runs his slide rule over the emerging opportunity.

Bigger value in a smaller hole

When many people think “CTV”, they think “SVOD”. The booming popularity of ad-free subscription video services would seem to reduce the size of the opportunity for TV-focused advertisers.

“It’s gone down because of the rapid adoption of principally Netflix, Amazon Prime, Hulu, Disney Plus, HBO Max, Peacock and others, as well as YouTube TV.”

That places a renewed importance on advertisers making heightened effectiveness in the TV areas where they are spending.

“(Advertisers) have to see the maximum value extraction from those impressions,” Norman says.

OTT streaming services accounted for 25% of all US TV-viewing minutes during Q2 2020, according to Nielsen’s Streaming Meter. Norman says the growth in AVOD numbers will have to go hand-in-hand with demand-side platforms enabling capabilities like frequency-capping, so that viewers of multiple services aren’t exposed to ad creative too many times.

But, whilst CTV may look a lot like TV, albeit data-powered, Norman says the economics and value are slightly different. Put simply, those new powers should command a premium.

“What’s curious … is that the CPMs in CTV … it was higher than the CPMs in linear TV,” Norman says.

“There’s twice as many dollars proportionate to the impressions in the CTV market.

In other words – linear TV audiences may be declining, ad-supported TV viewing overall may even be declining… but the capabilities offered by AVODs delivered by connected TV platforms are relatively greater to what came before, so may yet keep TV advertising relatively stable.

Norman, who also sits on the board of BBC Global News, says Google will play a significant role in this space.

“Google still remains the single biggest source of supply in connected TV in the shape of YouTube,” Norman says. “Because of that, the role of DV 360 and the programmatic purchase of YouTube is a really big factor.

“Where Google goes … then, downstream, (it) leads to market automation – and there’s no reason to suspect that that’s going to change anytime soon.”