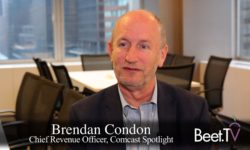 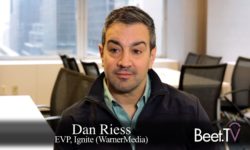 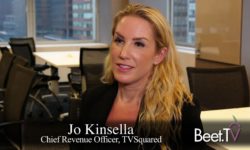 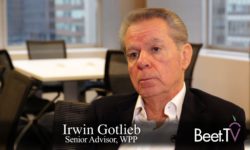 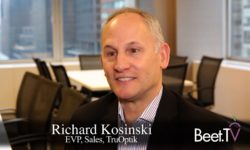 When history books are written about advertising, “there will be an indictment against our business for allowing our siloes to squabble with each other while the duopoly or triopoly ate everybody’s lunch,” according to WPP Senior Advisor Irwin Gotlieb.

The squabbling is prominent in the addressable television advertising space, Gotlieb noted in his keynote speech at this week’s Advanced Advertising Forum in Manhattan. In this interview with Beet.TV, the advertising veteran says that while there have been some breakthroughs, there have been more frustrations.

“And the frustrations come from the fact that we operate in a context where the constraints are no longer technology based” given that the enabling technology for addressable TV has existed for nearly a dozen years.

What have gotten in the way are the various components of the industry, according to Gotlieb. “The MVPD’s have to execute the addressable ads. The content owners have to agree with it. The net problem here is that each have their own interests.”

One longstanding reality is that for decades, the relationship between TV distribution and content ownership has been, and continues to be, fundamentally adversarial. To prove his point, Gotlieb alludes to current headlines about carriage-renewal conflict between DirecTV and Viacom. “Those relationships are so adversarial that there isn’t the trust required to move things forward.”

Even with vertical integration, as evidenced by Comcast and AT&T, the ownership is the same “but the business interests remain somewhat siloed in that they operate their own independent P&L’s and are rewarded based on the performance of their P&L’s. And so these things get in the way,” says Gotlieb.

As a consequence, it is still “remarkably difficult to plan, to execute and to steward addressability or advanced advertising, far more so than it should be.”

Then there is the limitation on addressable advertising inventory, which predominantly consists of the two minutes per hour that the MVPD’s control. “And even there has been some internal squabbling between those people who feel that addressability is replacing geo targeting, and geo targeting usually accrues to the benefit of businesses like Spotlight, and everybody protects their turf,” Gotlieb says.

By Steve Ellwanger on April 5, 2019 @steveellwanger