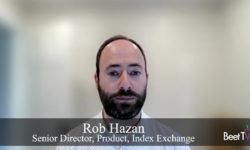 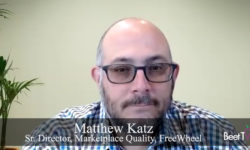 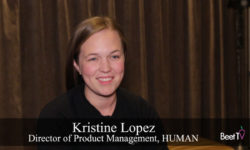 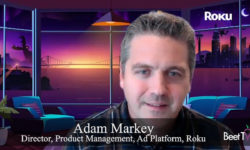 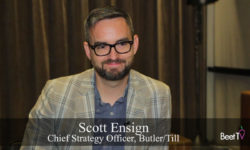 The automation of advertising sales in the past decade has helped to make transactions more efficient. But as with any network of computers that handles financial activity, there’s increased risk of being a victim of fraud. Cybersecurity company HUMAN works with the buyers and sellers of media to protect them from fraud, which has become a bigger concern as marketers shift their ad dollars into connected television (CTV).

“The most prolific type of fraud right now in advertising is CTV impersonation,” Tamer Hassan, co-founder and chief executive of HUMAN, said in this interview with Beet.TV. “It’s not actually CTV devices. It’s millions of devices pretending to be CTV.”

The targeting of CTV platforms follows a pattern seen with other emerging media formats, including mobile, streaming audio and digital out of home, Hassan said. Hackers tend to target media with high cost per thousand (CPM) rates and low visibility into the market, he said.

“It is much cheaper to attempt to do fraud than it is to defend against it, and we have to attack that level first,” Hassan said. “Our goal as HUMAN security is to make fraud unprofitable in advertising. Part of that is collective protection, disruption, standards — all of that is work that we’re still doing in connected TV.”

Protecting companies against ad fraud doesn’t necessarily mean collaborating with law enforcement to start criminal proceedings against hackers, though HUMAN has worked with federal investigators to stop nefarious activity. Much of the preventative work is a collaboration with different companies in the digital ad ecosystem, such as Google, Roku, Trade Desk, Magnite and Omnicom, Hassan said.

“Collective protection is one of the only ways to address this on the economic level — really decrease the levels of fraud,” he said. “We need to enable collective visibility and protection against fraud. We need to do disruptions and share intelligence going beyond just blocking fraud, but actually changing the cost of it. That’s an important part of solving the problem.”

You are watching “Protecting CTV Media Investment From Ad Fraud,” a Beet.TV Leadership Series presented by HUMAN. For more videos from the series, please visit this page.

By Robert Williams on November 6, 2022 @robwilliamsNY