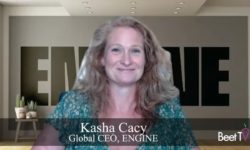 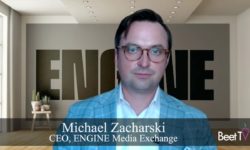 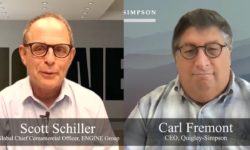 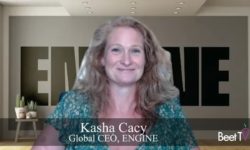 The world of digital marketing has changed incredibly in the last few years, with new data-driven opportunities to reach consumers. But there are still some flies in the digital ointment.

That is the view of Andy Davidson, head of analytics and data strategy at Engine Group, a company that uses audience data that helps advertisers reach their targets.

In this video interview with Beet.TV, Davidson, who previously worked at GfK Group and Bank Of America, explains the industry transformation as he sees it.

Davidson says change has been driven by three main factors:

“Sources of data that are available on individuals in the programmatic ecosystem are much richer than they’ve ever been before – to the point where we’re able to evaluate interests and sentiments and behaviours based on what people consume online,” he says.

“With the improvement in the quality of the data through digitization, have come a lot of innovations in terms of the analytics,” Davidson adds. “We’re now able these days to harness datasets in ways that we really never could in the past.”

“The technology, whether it’s software or storage or other platforms, enables us to make quick decisions at scale, which is really, really critically important as you’re attempting to deliver media. ”

Deliver the right message to the right audience, at the right time. Learn how ENGINE's Audience Intelligence platform has the audience data and insights you need to reach and understand your target audiences. https://t.co/NBOl93SCxL #audiencetargeting #consumerinsights pic.twitter.com/A8uJ3heWlD

Even so, Davidson says there are “a few things getting in the way” of even faster reform.

“The reality of things like privacy protections such as CCPA and GDPR (is) that it becomes quite a bit more difficult to qualify impressions in an impactful way,” he says.

“Oftentimes, while there is tremendous opportunity with data, a lot is often asked of data and the wrong things are asked of data. Decisions around where to deliver impressions sometimes falter simply because of those choices.”

“There’s something uniting about football – and the country is in desperate need of that now.” Eric Corliss, Manager at ENGINE Insights, dives into how NFL fans are feeling about the upcoming season, even if it still may feel a bit different than “normal”. https://t.co/cNAY3kxWEu

Engine Group had previously grown with an assortment of agencies under its wing, including operating in programmatic.

But, under CEO Kasha Cacy’s leadership, the group has consolidated it all under the Engine brand.

“In the past, it was really more about what I like to refer to as ‘audience intelligence’ or ‘audience analytics’, where publishers would provide information on the profile of the individuals who were visiting their platforms, their publications,” Davidson adds.

“What’s changed really in the last few years … is the opportunity to make that fit between media delivery and the individual that you’re delivering to much more precise and personalised.

“The access to data and rich data signals is really unprecedented these days. We’re able to make judgments about the relevance of particular campaigns and particular products and services in ways that we never were in the past.”