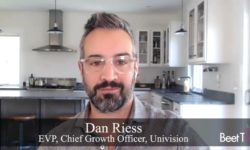 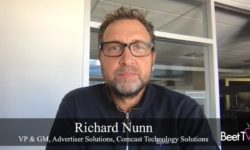 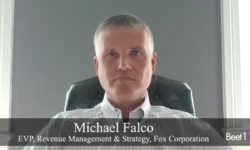 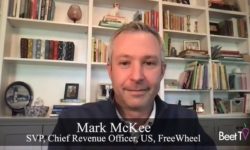 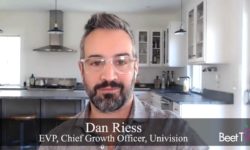 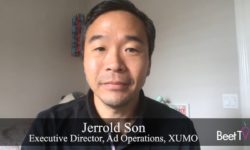 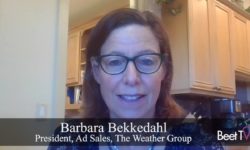 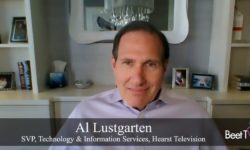 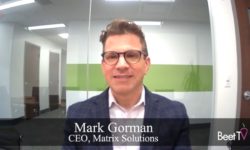 Spanish-language television giant Univision is undergoing a significant transformation amid a merger with Mexico’s Televisa and plans for a global expansion into streaming video. During today’s UpFront sales presentation, Univision is showcasing its live viewership and upcoming tentpole events.

“We’re talking primarily about growth, and the concept of growing with Univision. It’s a unique promise we can back up because of the growth of our audience,” Dan Riess, executive vice president and chief growth officer of Univision, said in this interview with Beet.TV.

Univision’s programming strategy focuses on themes of togetherness that resonate with Hispanic audiences, not only on television, but also on social media, digital video and connected TV.

“That is a core cultural tenet of the Latino audience. It is a core tenet of the things we put on air, live every day,” Reiss said. “It’s a big, live communal event that drives togetherness.”

Univision’s exclusive programming includes the “TUDN Mega-Fest” that will coincide with the Liga MX “Campeón de Campeones” match weekend. The championship is a major event because Liga MX is the most-watched soccer league in the United States. Univision plans a live concert series, a gala wards show and other pop culture, sports and event TV programming.

Univision also will launch a series called “UniVisionarios” to honor Hispanic thought leaders who contributed to the Spanish-speaking community in the United States and worldwide.

As more people stream video on connected devices like smart TVs, Univision plans to expand the programming for Prende TV, its ad-based video on demand service, with the launch of a 24-hour news channel.

Univision is expanding on its branded content offering with a new influencer team that can create Spanish-language ad creative for marketers, and is building out its Hispanic audience graph to help with targeting.

While many English-language linear channels saw a drop in viewership in the past year as people spent more time with digital video and streaming platforms, Univision maintained its linear reach on cable and broadcast, Reiss said.

Its goal for Prende TV is to reach 5 million unique viewers by the end of the year, while providing marketers a way to stand out with a lower ad load. The streaming service carries about seven and a half minutes of ads every hour.

“We’re significantly lower on ad load by choice than many of the other AVOD services,” Reiss said. “We’re very conscious of the experience. We’re being very careful with not only the ad load, but the number of different ad products.”