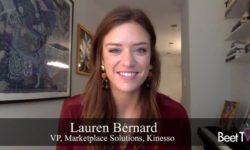 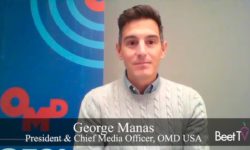 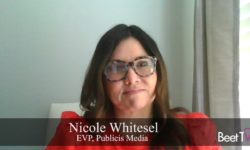 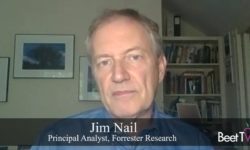 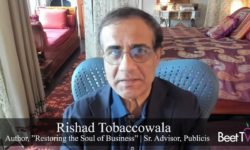 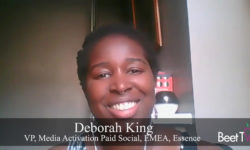 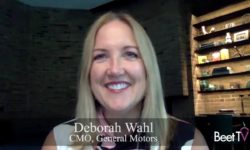 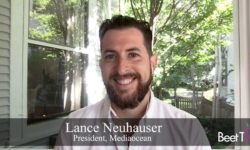 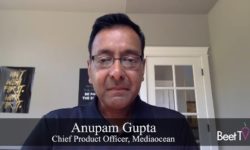 SEATTLE – Omnichannel marketing has become more challenging as the media universe grows more fragmented, but that trend also has led to some surprising results for GrubHub. The food-delivery app has seen strong results from its cable TV commercials, defying expectations that digital channels were best suited to reach a target audience.

“We are part of the digital-first economy … spending so much on television is quite unusual,” Alex Weinstein, senior vice president of growth at Grubhub, said in this episode of “Delivering on the Promise of Omnichannel Advertising,” a Beet.TV series presented by Mediaocean.

“We are a top 200 advertiser on television by spend in the U.S., and arrived at that emphasis on television through rigorous experimentation,” he said. Grubhub in the past couple of years has run tests to compare the effects of advertising on TV, radio, out-of-home and paid social.

“From that, we have been able to discover that the old, boring, stodgy cable television that nobody watches is actually extremely effective,” Weinstein said. “As such, we have reallocated a significant amount of spend over to TV.”

While Grubhub’s tests help to hone its media strategy, Weinstein said the company still faces challenges in determining whether its advertising dollars are being used most effectively. There isn’t a unified way to see whether it’s reaching the same audiences on social media as it does on television.

“What is really required is a set of analytical tools that helps you see across all channels, and helps you connect the identity and helps you see how a specific variant of the messaging is performing across every touchpoint with the customers,” he said.

Marketers tend to organize their media buying based on specialties — such as social media, TV or search — and each of those channels has its own group of analytical tools.

“Attribution is perhaps the most complex and most important part of anything that has to do with marketing,” Weinstein said. “A big job for any CMO is to figure out which part of their investment is actually making a difference. Unfortunately, the state of the industry is such that in many cases we reply on anecdotal evidence. We rely on vendor data where there is meaningful misalignment of incentives.”

The restaurant industry has borne the brunt of the coronavirus pandemic, with many consumers avoiding on-premise dining and many cities and states limiting the indoor capacity of eateries. Only about 39% of U.S. adults said they feel comfortable going out to eat, according to a tracking survey by market researcher Morning Consult. Review app Yelp found that almost 32,000 restaurants had closed since March 1, with about 60% of them shutting down permanently.

“This pandemic has been a very difficult time for our partners, the restaurateurs,” Weinstein said. “Indoor dining has essentially evaporated, and they have come to rely on takeout and delivery as their primary means of survival.”

Grubhub has taken steps to not only help restaurants, including promotions like its “Supper for Support” effort that grouped orders together for bigger savings.

“We have been creating tools that help restaurateurs attract incremental demand — to get orders that they wouldn’t have gotten otherwise,” Weinstein said. “We see ourselves as an enabler of new transactions, and as a facilitator of this connection between restaurants and consumers.”

You are watching “Delivering on the Promise of Omnichannel Advertising,” a Beet.TV series presented by Mediaocean. Please click here for more videos.