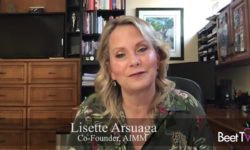 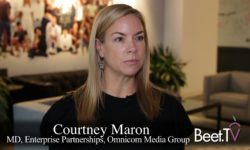 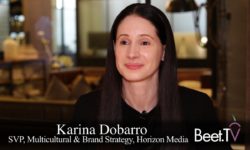 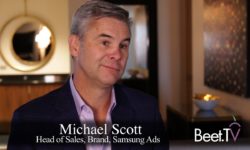 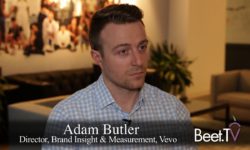 It may have started out solely on YouTube and may have been cast simply as an online version of MTV, but music video network Vevo has bigger ambitions than that.

In this video interview with Beet.TV, the company’s ad sales SVP Jesse Judelman explains that partnerships with a host of other platforms have given it large scale that rivals traditional TV and that it is now offering to marketers.

“We reach upwards of 30 million people in the United States a day,” he says. “We have about 400,000 music videos that we happen to represent the rights for that spans 40 years.

“(When) marketers come on board, they have the ability to really do big tonnage plays the way that they have typically used television.”

That scale is partly the product of several carriage deals Vevo has done, including Roku, Apple TV, Amazon Fire and Echo Show, and last year Pluto TV alongside Samsung TV Plus.

“Our scale (is) broadcast scale,” Judelman adds. “we like to make comparisons to the television world, but the fundamental difference is we’re growing – we’re growing 20% a year.”

It’s a message Judelman will be taking in to this year’s upcoming upfronts season, when premium content publishers preview their future content roster to tempt marketers and agencies to make advance ad bookings.

After growing up on mobile, Judelman is targeting the living room, where Vevo could better align with the TV ad buying world.

“Mobile has been where we’ve been dominant historically – about two thirds of our audience is there,” he says. “But right now we’re around north of 20% overall within OTT, that’s growing exponentially – 40, 50% a year.

“So that behavior’s different and how we reconcile those behaviors within screens, both for artists as well as ultimately advertisers that’s the secret sauce, that’s what we’re constantly trying to optimize.”