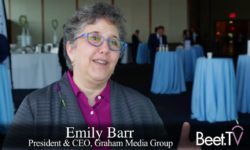 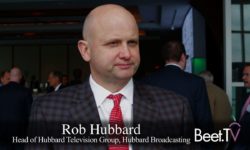 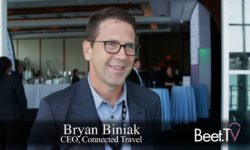 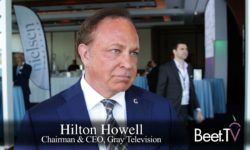 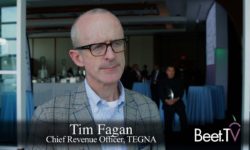 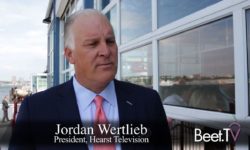 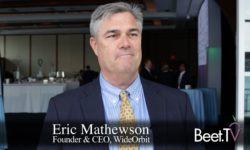 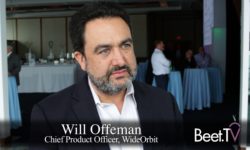 The TV industry is embarking on a shift, from the historic method of measuring and selling TV eyeballs using rough “gross rating points” (GRPs) to selling on real viewership, by digital-style impression.

Whilst that may seem like a challenge, given local TV’s patchwork nature, Patrick McCreery isn’t daunted.

“The reality is, a lot of the buying community has been on impressions for a very long time,” the president of lifestyle publisher and TV network operator Meredith’s local media group tells Beet.TV in this video interview.

“I don’t think there’s that large of a hurdle to jump, because I think they’re already doing impressions in other media.

“So I honestly think it’ll be a fairly quick transition, and I think it’s good for us because I think there’s an immediate lift available.”

Now he is excited about the forthcoming ATSC 3.0 broadcast technology standard, about opportunities and about competition.

“Honestly, being bigger than Google in Portland, Oregon, right?,” he says. “I don’t think Google could out-cover us in every market that we’re in. I like that defensible position.”

By Robert Andrews on October 7, 2019 @robertandrews