Havas ‘Wakes Up’ To Ad Blocking With Hope For Product Placement 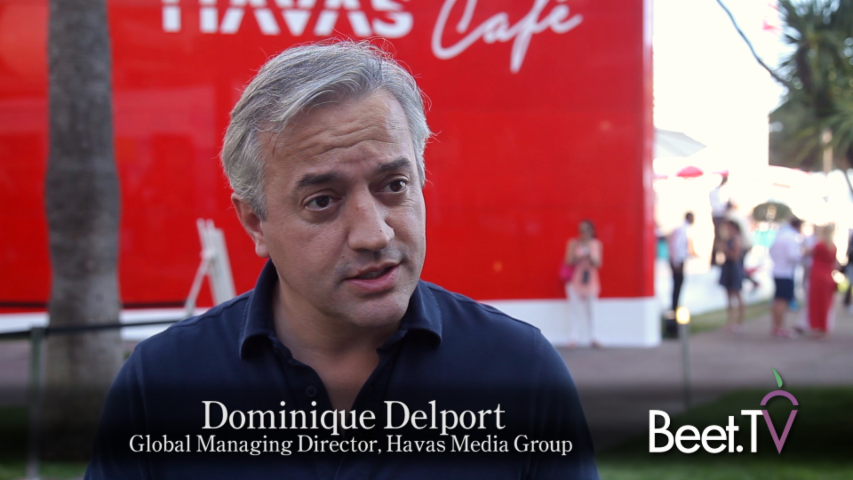 CANNES — The advertising industry is in a kind of crisis. Around the world, repeat surveys indicating high and growing use of ad blocking software are spooking the media industry.

Marketing agency Havas Media Group is amongst those wary of the new reality.

“When you have more than 250m people getting so upset that they put an ad blocker in their system, download it in their browser and kick any kind of ad coming, I think it’s a wake-up call – something is wrong.

“There is a necessity … to really try to clean the slate … go back to the consumer with trust, and say, ‘we want that moment of time to be the most entertaining possible’.

That’s why Havas is looking to route around the traditional advertising model, by turning to in-video, post-production product placement.

The placements are powered by Mirriad, the London-based technology that can super-impose brands’ products in to TV and video programming. Mirriad has been going a few years now, but the technology has been evolving and, in light of the ad blocking growth, the necessity may be greater than ever.

The software blends images in to even old, archive programming, meaning producers don’t need to make a conscious plan for product placement at shoot, and meaning long-tail shows can have a commercial life, long after first broadcast.

Havas reckons its clients will spend $25m through this channel in the next 12 months. That is a significant indicator as to the scale of the model, as well as a market of the expected size of Viceland itself.