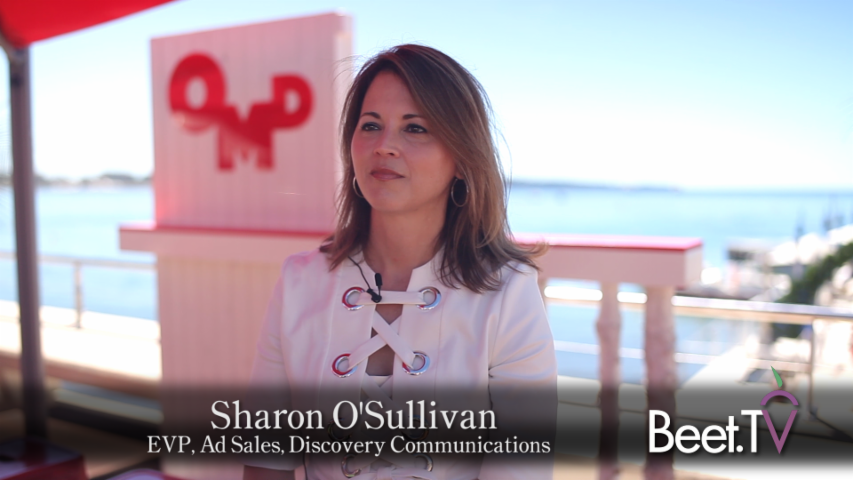 CANNES — The growing visibility of online ad blocking, believed to be a response to excessive ad volume, is giving rise to advertiser worries about overly aggressive advertising across all media.

Even TV is getting twitchy about viewers’ response to the way it programs advertising – something Discovery Communications ad sales EVP Sharon O’Sullivan says she has noticed.

“With traditional TV being anywhere from 9 minutes to 22 minutes, there’s a point where it’s egregious,” she tells Beet.TV in this video interview. “People are rebelling. Networks that have gone in to the world of over-commercialization have suffered in the ratings, and now they’re cutting back.

“The consumer is the one in control. Something has to be done, we know that, and the consumers are demanding it.”

So what can be done? Turner has already told Beet.TV how it is halving ad load on its truTV and TNT channels. Now Discovery Communications has its own ideas, too.

“Some people have come out with limited commercial interruption, they come out with different formats and loads,” O’Sullivan notes.

“We have the ability to do anything because we own the content. We are going out with custom solutions – does a client want to own a pod, to create custom content around a pod or a show? There is still a traditional 30-second model – but we have endless opportunities to partner with great creative.”

Flexibility, she says, is key.