CNNgo By The Numbers: 9.5 Million Hours Views In March 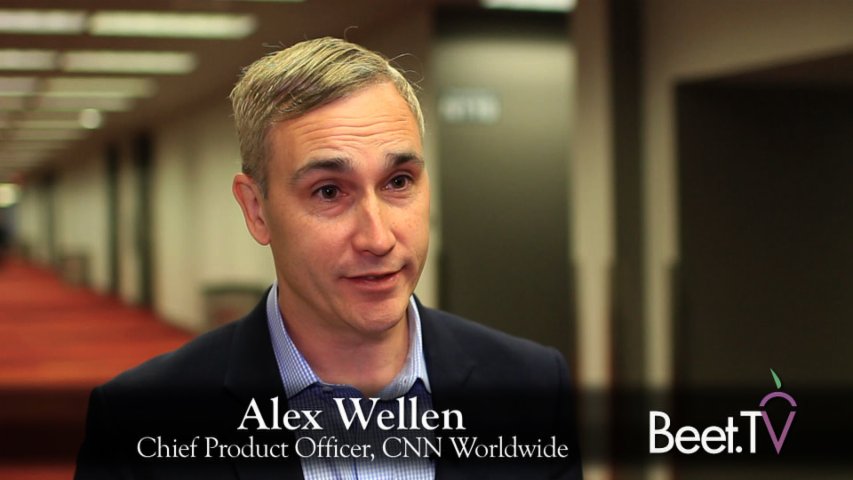 LAS VEGAS — Over the years, CNN’s online video strategy has ranged from the free to the paid, the locked-down to the open-access, to the in-between.

The latest strategy sits in the latter camp, after CNN launched CNNgo – with access to its live stream plus on-demand shows – back in 2014.

CNNgo lets consumers watch CNN telecasts digitally, across multiple device types, without signing in – but only for 10 minutes. After that, they must authenticate using their local cable provider account.

Wellen’s “video starts” count is for video views clocked up by users who weren’t even signed in.

In March, we did about 300 million video starts, that’s unauthenthenticated content – all the clips you see across all our platforms.

But he says 80% of the 9.5 million hours consumed was from users who did sign in. That means the service is finding some success in driving consumers to shift from viewing CNN over local cable to viewing online, albeit using legitimate accounts.

How does CNN plan to make money from this? Beside serving up traditional TV ads from the linear feed, Wellen also hints: “Ultimately, everything’s going to dynamic ad insertion.”

This video was produced as part of a series on the need for standardization of premium video advertising. The series sponsor is the NAB. For more videos from the series, please visit this page.